Returning to the question of to what extent the above-mentioned objectives – enhancing intercultural communicative competence and intercultural awareness-raising – have been achieved, the conclusion must be that students are offered a wealth of information that is sometimes directly, sometimes less directly, relevant for gaining insight into cultural differences and the role they play in intercultural communicative interaction. However, the claim that students thereby also become more successful communicators in intercultural setings seems too pretentious. This would be more justified if he had given more attention to linguistic and communicative factors and had analysed intercultural language use from the perspectives of, for example, social psychology and second language acquisition. But perhaps such a claim should not be made on the merits of this book. It is a textbook, after all, and, in the context of intercultural communication training, especially in an American educational setting, it will make a valuable contribution and a rich source of inspiration. 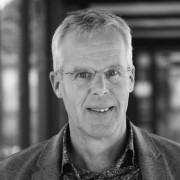